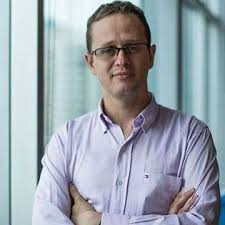 Juan is a professional in Journalism and Social Communication, and is currently is an M.Sc. Information Technology Candidate with a full scholarship in the University of the Andes. He also has experience in the formulation, implementation, and development of E-government Strategies.

He has been involved in ICANN since 2011 when the organization that he leads was approved as an ALS in LACRALO. He was a member of Internet Governance WG for ELAC 2010.

Lecturer in academic events such as ICEGOV (International Conference on Theory and Practice of Electronic Governance) organised by United Nation University – UNU, in China (2010) and Estonia (2011).

International speaker and workshop leader. Knowledge of Consensus and Conflict. Administration, planning, maintenance and web marketing. AGEIA DENSI Founder and CEO of AGEIA DENSI, Colombia. He has been with the organization since 2010 [1]. His organization is also a member of Orinoco TIC Cluster, as Communication and Governance Director, and involved in the Colombian Internet Governance Table.

He has experience in the Ministry of Communications as a delegate to develop and implement the E-government Strategy of Gobierno en Línea (Online Government) where he was involved in Capacity Building to mayors and counciliors of Villavicencio y Puerto Rico (Meta). He was also the regional coordinator for Acacías, Cubarral, Cumaral, Granada, Fuente de Oro, Lejanías, Mesetas, Restrepo y San Juan de Arama (Meta). He created a Virtual Help Desk to support all field delegates.